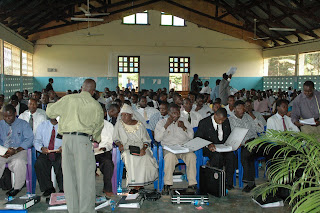 One of the noticeable things about the conference in Morogoro was the lack of female lay preachers attending the meetings. 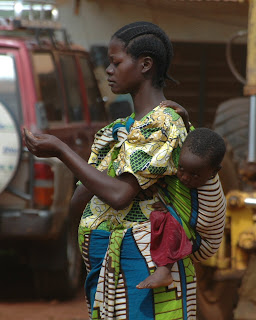 In the first photo, the lady sitting in the front row was THE ONLY FEMALE attending the meetings. It’s kind of disconcerting to get up and sing in front of a group composed almost entirely of men. I don’t think I have ever experienced that before. At first, this seemed shocking to me. 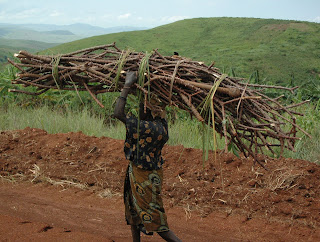 After traveling and seeing the women on the street, and how they lived, and how hard they worked, it’s no wonder none of the lay women had time to go to a conference about evangelism!

Taking care of children at home would also limit the things they can do and the places they can go. Despite this, the Tanzania government is providing a positive example of women in leadership positions. 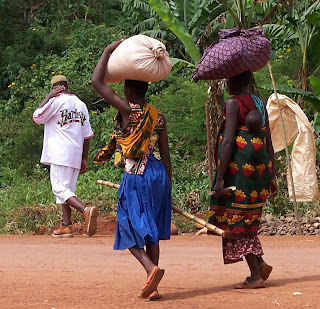 According to an article on BBC news online, written on 4 January 2006, the numbers of women ministers in the government has risen from four to seven and there are 10 female deputy ministers.
Posted by Tammy Pannekoek at 3:00 AM